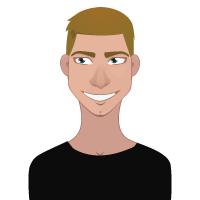 Kids And Voice Lessons: How To Help Your Aspiring Singer Get Off To A Great Start
18 November 2022

Songwriting is an art form that takes time, practi …

Private music lessons that are given on an hourly …

Music is different all around the world and one of …

There are thousands of Irish folk songs considered traditional due to their age and song structure, but the songs written to inspire freedom fighters to take up arms against the British are some of the most rousing and fun to sing tunes for a St. Patrick's Day party. Learning these songs is usually fairly easy as well because many of them share tunes and feature straightforward lyrics. If you're ready to add a few rebellion songs to your repertoire, start with the four most well-known tunes in the sub-genre.

The Wearing of the Green

You might think of wearing green as a St. Patrick's day tradition, but it actually arose as a way to support the 1798 Irish Rebellion. Of course, the authorities quickly realized that many people sporting green clothing or accessories were sympathetic to the rebels and began arresting and torturing them. This song is written from the point of view of an Irishman telling a stranger about the persecution of the wearers of the green, and it's a particularly apt song to sing on St. Patrick's day to remind listeners of the history behind the holiday.

The Rising of the Moon

Set to the same tune as "The Wearing of the Green," this is another ballad written about the 1798 rebellion. It details how local freedom fighters were mustered for the first battles of the rebellion, and it ends with their defeat and a hope that others will take up the fight. It became a major rallying song for the Fenian rebellion that rose again in the 1800s, and it features a simple chorus that encourage listeners to sing along.

Unlike the previous song, "Follow Me Up to Carlow" celebrates the defeat of British forces and the victory of the rebels in a very early battle in 1580. The tune dates back to that time and the lyrics were written in the 1800s, but they're easy to remember and sing if you know how to pronounce a few Irish names. The fast pace and forceful lyrics make it a rousing song to sing at a party because it encourages the listeners to clap or stamp their feet along with the rhythm.

A Nation Once Again

Finally, don't forget about Ireland's most patriotic folk song. Written by a political organizer in the 1840s, it's one of the most widely recorded folk songs by modern musicians. Short lines, a simple rhyming structure, and inspiring lyrics keep it easy to memorize and fun to sing.